My father always had a way with words, and one day, in a moment of anger, his advice planted the healing seeds of faith. It happened after my husband destroyed all our wedding presents, in a fit of rage, except an elegant family Bible.

Several months later, he made me ask my father to purchase the Bible for drug money. I walked up the steps to his small apartment, knocked once, and opened the door. Stepping into the kitchen, I notice him sitting on the side of the bed in the next room.

Once a strong man, who built his own house, planted several extensive vegetable gardens and worked numerous sixteen-hour shifts at the paper mill. He appeared weak and in poor health with heart problems.

As I sat down on the bed, he pulled out a drawing and began telling me about his plans for a headstone. His love for music was evident in the guitar he drew with his name beneath it.

I remained silent, not knowing what to say.

Planting the Healing Seeds of Faith

After a few moments, I asked him about purchasing the Bible.

“Linda, you can’t sell that Bible. It’s the only book that will save your life.”

He didn’t understand that returning without the money would guarantee my husband abuses me. I pleaded with him for a few minutes. But he stood his ground and refused to purchase the Bible.

I became angry, and the last words I said to my father before he died came from a place of deep emotional hurt.

I lashed out, saying,

“I remember what you did to me as a little girl that day in your bedroom. I will never forget what you did.”

My earliest memory of sexual abuse was about five years old. I remember the fear of being alone with my father in his bedroom. I remember crying to go with mom in the kitchen and waking up next to him, still asleep.

When I woke up, neither of us had underpants on, and his private parts were resting on the top part of my thigh. My father was still asleep when I woke up, got dressed, and left his bedroom.

I walked out of his apartment, slamming the door behind me, and never saw my dad again. He passed away a few years later. But I didn’t learn of his death until much later in life.

However, I never forgot the words he spoke. I remembered them because he made me feel hurt and angry. I didn’t know at the time, but my father gave the greatest gift he could have given his daughter.

He spoke the truth,

“It’s the only book that will save your life.”

My father planted the healing seeds of faith in moments of anger. He stood his ground and refused to purchase the Bible and relieve my temporary burdens. Then pointed me in the direction I needed to go to restore my life.

The Life Restoring Grace of God

Several years later, after running in fear for my life, his words came to mind at a small city mission in Oakland, California. I listened to a sermon before the evening meal and chose to walk forward to accept Jesus Christ as my savior.

That night the life-restoring grace of God rescued me from the darkness, and the Holy Spirit came to deliver me from the burdens of sin.

My father was right;

that Bible pointed me to the only one who could save my life.

The grace of God has enabled me to forgive my father for everything that has happened. Today, I understand we all have flaws and have done things that hurt others. We are all sinners who need God’s rescuing grace to deliver us and change our lives.

Did someone plant the seed of faith in your life?

If so, how and what happened?

How has the Bible redeemed your life?

I believe my father found the Lord and was saved by grace before he passed away. I think he knew the truth, which allowed him to point me in the right direction in life.

My father didn’t get the headstone he wanted; his grave is underneath a large tree in the center of the graveyard.

My sister took this picture of the graveyard in 2004.

It’s sad; our family was dysfunctional and suffered for so many years, and it was avoidable if we had only followed Jesus sooner in life.

Planting the Healing Seeds of Faith is a true story!

It declares the power of God to work in our lives and for his saving grace to rescue you and transform your life. However, you must walk forward by faith, confess with your mouth that Jesus is Lord, and willfully accept Jesus Christ as your savior. Then you shall be saved, and God can begin to transform you, and he will give you an abundant life. 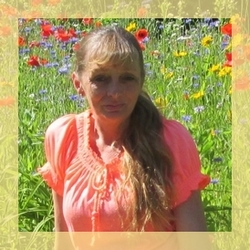 I'm Linda, an abuse survivor with 20+ years of experience overcoming adverse childhood experiences and trauma. Now I share the life lessons learned and wisdom to conquer adversity and restore your life. ABOUT AUTHOR↪